Sometimes Christmas cheer can be a little grating, we admit. So we've cooked up a batch of Christmas punch for you this year:

The Mark Twain House & Museum spikes your Christmas punch with four tawdry tales from the semi-twisted mind of humorist David Sedaris. Drawn from Sedaris’ collection "Holidays on Ice," this one-night-only event will feature the Hartford Courant’s Frank Rizzo reading “ with Thaddeus Bristol,” a vicious theatre critic’s reviews of children’s Christmas pageants. WNPR’s Chion Wolf will play a highly competitive gift giver who gives a whole lot more than he bargained for in "Christmas Means Giving." Debi Freund read's the story of a slick Hollywood mover and shaker shaking down a church full of country bumpkins called “Based on a True Story” rounds out the quartet. New Orleanian actor Angie Joachim tells the tale of a holiday homemaker turned into a homicidal hausfrau with an assist from Tracy Wu Fastenberg, a.k.a. "Asian Persuasion."

Chion Wolf is a voice actress, producer, photographer, songwriter, and is best known for her hijinks on Connecticut Public Radio’s “The Colin McEnroe Show.”

Debi Freund is a local actor and director, most known for her long-standing association with the Little Theater of Manchester. She appeared as the lead in Jacques Lamarre’s play "Gray Matters" and in 2009 was named to ’s Arts Hall of Fame for her dramatic work.

Angie Joachim is an actor recently transplanted from to . She has appeared in Market Street Theater's "The Clean House" and Hole in the Wall's recent "Jacques Lamarre Has Gone Too Far."

Frank Rizzo is the principal theatre reporter and critic for The Hartford Courant, where he has written on various arts beats for almost 3 decades. He is also the theatre critic for Variety and has contributed to American Theatre Magazine.

Tracy Wu Fastenberg is a contributor to the online journal of all things wack about , thecutmag.com, as well as an occasional guest on The Colin McEnroe Show on WNPR.
Posted by The Mark Twain House & Museum at 9:37 AM 2 comments: 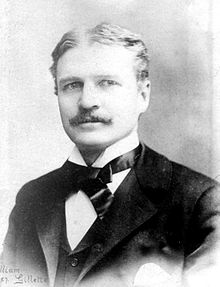 Of all of Sir Arthur Conan Doyle's mysteries, we love this one best: how did the brilliant actor William Gillette have such an incredible impact on our 21st century idea of Sherlock Holmes?

This week at the Twain House we explore that question. The East Haddam Stage Company will perform a "Sherlock Holmes: From Page to Stage" directed by Kandie Carle. It will be performed here at our place, and is presented by The Mark Twain House & Museum and The Harriet Stowe Center.

We will find out: how did ’s own William Gillette go from the well-heeled Nook Farm neighborhood of movers and shakers to the stage and beyond? How and why did this fine Victorian actor go from farce to historical drama to the defining role of Sherlock Holmes? Follow William Gillette from to to and as he played in and wrote quintessential Victorian comedies. Then hear how the stars aligned for the fateful meeting with Sir Arthur Conan Doyle, and how Gillette brought to life the super sleuth Sherlock Holmes.

The East Haddam Stage Company is known for producing original works and their motto of Minimal Set, Maximum Connection, is perfect for the intimate auditorium at the . 4 actors portray 10 characters in the life of William Gillette, from boyhood to the opening of the play that would change his life forever!