Would Mark Twain have tried to sell his family on Craigslist?

For the past few weeks The Mark Twain House staff has been busy putting together the final touches on our upcoming What Would Twain Tweet (W.W.T.T) event. As one of the panelists for the event, I've been doing some thinking about what Mark Twain would tweet, if he would have tweeted at all. BUT you'll have to come to find out my thoughts on that (for tickets, call me at 860.280.3154. $15 general admission, $10 members/Let's Go Arts).

The Hartford Courant wrote an article today about a listing they found on Craigslist. The listing title? "Perfectly Good Parents - $155". A man from Madison, CT listed his parents on Craigslist. I can say that's the first time I've ever seen anything like that on Craigslist, but when Craigslist offers everything else, why not? Michael Amatrudo said he was creating his own "social experiment" when he did it, and apparently it's working. He said he's even gotten emails from people (who realized it was a joke) and started playing along with him. And even his parents thought it was humorous.

This all made me wonder if Mark Twain ever would have thought to do this, or something similar, if Craigslist were around in his day. He did once post an interesting classified ad in the Hartford Courant after a young boy stole an umbrella of his at a baseball game:

TWO HUNDRED & FIVE DOLLARS REWARD--At the great baseball match on Tuesday, while I was engaged in hurrahing, a small boy walked off with an English-made brown silk UMBRELLA belonging to me, & forgot to bring it back. I will pay $5 for the return of that umbrella in good condition to my house on Farmington avenue. I do not want the boy (in an active state) but will pay two hundred dollars for his remains.
Samuel L. Clemens.

While not quite the same as trying to sell your parents online, it makes use of a similar type of humor, don't you think? 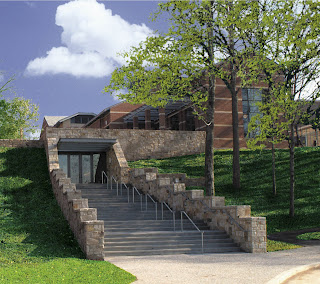 When The Mark Twain House & Museum Visitor's Center opened in November of 2003, it became the first museum in the nation with a LEED Certification. The LEED system looks at a building in terms of it's sustainability, it's performance standards, the materials used and the energy efficiency. What went into the Mark Twain House's Museum Center to make it LEED Certification ready? Well, the building was physically built into the side of a hill; which means the first floor of the building is actually underground. The contributes to a smaller heat loss and gain throughout the day. The lighting fixtures outside the building were created to have less glare and less night-sky impact. Geothermal wells are the primary source of heating and cooling, rather than using fossil fuels. A high perce 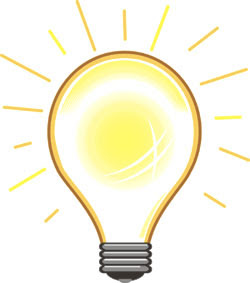 ntage of materials used to build the facility came from local sources, less than 500 miles away. The building also was created to allow for future energy savings, space for solar panels and fuel cells.

A recent article in NBC Connecticut talks about how the museum is currently looking into getting solar panels installed. This came after CL&P approached The Mark Twain House about our energy costs. After doing some research it was determined that the museum center was in need of a lightbulb overhaul. The 50 watt bulbs that had been used throughout most of the galleries were able to be changed; now the lighting is the same but with a 3 watt bulb instead. CL&P ended up changing 457 lightbulbs throughout the museum center, which has resulted in HUGE savings for the museum. The electric bill alone has been cut in half! Thank you to CL&P for all of the amazing work they did for us!

"I spent a night at General Singleton's--one of the farmer princes of Illinois--he lives two miles from Quincy, in a very large and elegantly furnished house, and does an immense farming business and is very wealthy. He lights his house with gas made on the premises--made from the refuse of petroleum, by pressure. The apparatus could be stowed in a bath-room very conveniently. All you have to do is to pour a gallon or two of the petroleum into a brass cylinder and give a crank a couple of turns and the business is done for the next two days. He uses seventy burners in his house, and his gas bills are only a dollar and a quarter a week. I don't take any interest in prize bulls, astonishing jackasses and prodigious crops, but I took a strong fancy to that gas apparatus." - Mark Twain
Posted by The Mark Twain House & Museum at 10:17 AM No comments: