The Greatest Person from Back Then Ever

One of our current exhibitions in our Museum Center is Legacy: an examination of how Mark Twain’s presence still lives with us today. After reading what authors and public figures (including Tom Wolfe, David Baldacci and Roy Blount Jr.) have to say about Twain’s relevance, many of our guests write their thoughts on Sam and his legacy in one of our guest books. Today we thought we’d pull out a few of our favorite comments.

Without further ado, here are my top ten favorite Legacy comments and the reasons why I love them:

1. “How to describe Mark Twain’s Legacy? America is his legacy. Some people know more about him than they know about US Presidents. More people know his stories than probably any other author.” -- Jon

The Mark Twain House & Museum draws visitors from all over the world for just this reason. Sometimes it seems like everyone can tell a Sam story, or feels that they personally know Tom and Huck. Fiction is powerful.

2. “Mark on Sam: You were so ahead of your time in the sympathetic portrayal of Jim.”

3. “Mark Twain would have an ipad and an appearance on ‘Oprah.’ ”

Yes! Always the celebrity, and always curious about new technology.

4. “Becky Thatcher is the coolest character EVER created.”

I tend to agree. Becky is such a smart, hilarious, brave little girl. It’s no wonder Tom fell so hard for her.

5. “Dear Mark Twain you are an asome writer to me you’re a good ilistrater” – Frome your Best Brother: Edwin

Based on this commenter’s handwriting, I think he’s just learning to read and write. We’re pretty excited that Twain’s stories are compelling to even the newest of literary minds.

Tom Sawyer isn’t just a boy from the Mississippi River: he’s every kid, as we’ve learned over and over from our visitors.

I know, Katelyn. I know. For those of you who don’t feel the pain, watch Ken Burns’ documentary and cry along with Katelyn and me.

Well hey, so do I! That’s one of the reasons I love working for this place!

9. “I think Mark Twain did a good job with his life. He has a great wife, kids, personality. So Mark Twain is actually a good man. He also traveled halfway around the world. Good job Mark Twain.” – Shella

Not all writers were as successful as Sam at nearly every single facet of life. Even though he suffered trials and tribulations throughout his life, Shella is right: good job, Mark.

10. “You are the greatest person from Back Then ever.” 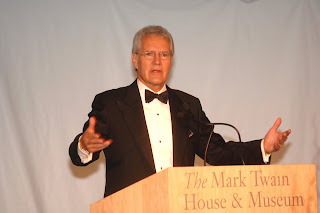 Posted by The Mark Twain House & Museum at 10:25 AM No comments:

A Quagmire of Quotations 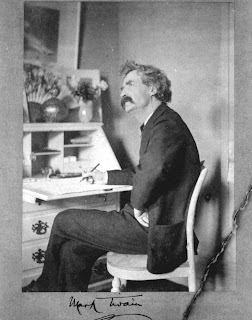